When Hasbro rethought and changed to an animal based line instead of vehicles, the only way to go was with familiar names on new characters and how could they go without everyone’s crazy tyrant called Megatron and to fit such a character they needed something with bite and who has a bigger bite then a T-Rex. So all in all it was a match made in heaven for dinosaur fans who love Transformers, it got new kids to buy toys again and who can not resist this big purple guy, but wait….. He was initially designed to be an alligator… then a dragon, a missile launcher and a spider head???? my head hurts…. so let us look into this further!

1998 – Takara – Ultra Class – Lucky draw Megatron: A Gold repaint of the T-Rex Megatron was only available in a contest and there were only around 10 in number. 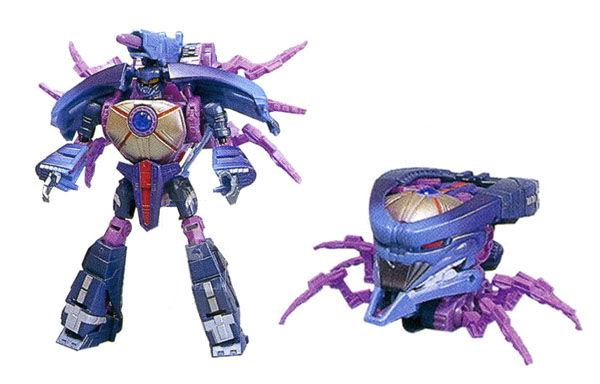 so here we are, another entry on Megatron, and there is so much more versions to explore…. anyways see you next time…

One thought on “The other Megatron, just do not say “Yes, my queen””