Hello, well this might not be the article I am going to publish that I am working on but I thought I would take a break and make this quick one. I try to stay away from opinion based articles but I wanted to do this one so here we go.

Dinosaurs have been part of play patterns for boys since way back in the 1940s, so it is no wonder Takara used this trope when making what would become the Dinobots by Hasbro. You know, Dinosaurs and Robots went hand in hand with Trucks and weapons so it was just a natural thing. Hasbro has had a love affair with dinosaurs ever since, who wouldn’t love a cash cow when they got it, right? Dinosaurs have been a part of almost every line that will allow them. Beast Wars and Beast Machines have helped a lot with a couple of my entries here and Takara’s Beast Wars Neo has also put in some entries. So let us take a look at what in opinion is the top 5 good and top 5 bad Dinosaur forms.

Ever since 1984 everyone has loved Grimmy, his tendency for humor that plays off his stunted language skills and him being a badass does not hurt any. In my opinion he is equivalent of Starscream in some ways….. wait, wait!!! I will explain, he basically becomes second in command, wants command, think he deserves it, and he would be a better commander than his current commander. He assumes command in the absence of his boss and does a bad job at it. sounds familiar does it not? Being the other side of the coin here Grimmy did not lose his life when his commander came back, unlike Starscream… anyways Tyrannosaurus Rex has long been number one in the dino kingdom, with movies like Jurassic Park keeping the dino king in our hearts. So no matter what Grimmy you like, being it G1, G2, Energon, Animated, Fall of Cybertron, Robots in Disguise or The movie line, hell Hasbro even included him in the Beast Wars toy line (although he was repaint of the velociraptor Dinobot) there is enough Grimlock to go around. G1 will always be my favorite but really digging Mini-grimlock from the latest transformers movie The Last knight.

The big purple dinosaur who’s name is not Barney, Megatron was given a whole make over when Beast Wars hit the scene. A completely different character then his name sake, the original. It is easy math to strike gold when you take the name of one of the most famous Decepticons and the form of one the most famous Autobots (Grimlock, see above) and make him leader of a bunch of inept followers who he constantly being the straight man to, throw in a rubber ducky and what not to love about this big bad guy…. just do not call him a Queen… hey he does not like it, Inferno calls him by it all the time an gets annoyed every time. Even the original Megatron got a T-Rex form at one point.

Taking his name from the G1 dinosaur team, Dinobot was a bad guy who in a change of heart turned good, with shades of Clint Eastwood’s Dirty Harry coupled with the new found love for velociraptors thanks to Jurassic Park, we got a very flawed anti hero who helps save the day and spoilers….. he dies and comes back to life… get over it happened way back in 1999… anyways he struck a chord with people in one show, that says a lot.

He maybe a herbivore but he has badass horns, built like a tank and has a name that a slur in some parts of the world just means more bad Assory. I was upset when they changed his name to distance him from the slur. but come on he is still a great character and he has a flame throwing gimmick and the mini Slug from the newest Transformer movie The Last knight is just adorable like a heavy metal puppy.

He is a flying dinosaur, what is not to love here? I was not happy with the change to the name of the Technobot Strafe and given a second name…. oh come one no dinosaur had two heads

Ok I am going out on a limb here since a lot of people love him, they actually voted for him to be made into a new toy, beating out Omega Supreme and Scorponok for the new Titan class figure. I have never like this one, he had an electronic gimmick allowing him to walk and a host of other things. I am sorry I just cannot like this guy. You may like or love him this why I put him so low on the list 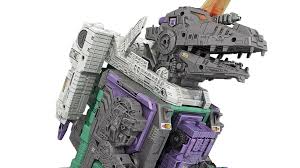 what is not to hate, it could have been glorious but no they had to go with a bad gimmick and make the bots into drones with no robot modes, when fans wanted this with the G1 cast as actually transforming bots.it was a big let down for sure.

Reusing the the Hasbro Pretender Monsters mold for the actual toys but with all new pretender shells in the form of dinosaurs, they are so low due to not making new molds for the robots.

Although he was not given an official release but existed in fiction until a third party company gave him life, he is not the first aquatic transformer but he is like Aquaman, cannot be brought along on all adventures but when he can, he shines.

Part of the Magmatron combiner, he was a clunky weird looking sea dwelling lock ness monster thing but his neck has chunky hinge pieces and would have been better served as one inflexible thing. So he is a text book case of what not to do for a toy.

So there you have it, thanks for reading