Well the one I have been waiting for, for about a year has finally arrived and I have had him since last Wednesday but I finally got a chance to play with him. He of course is Sky Linx of the Combiner Wars Sub line of Hasbro’s main on going line Generations. 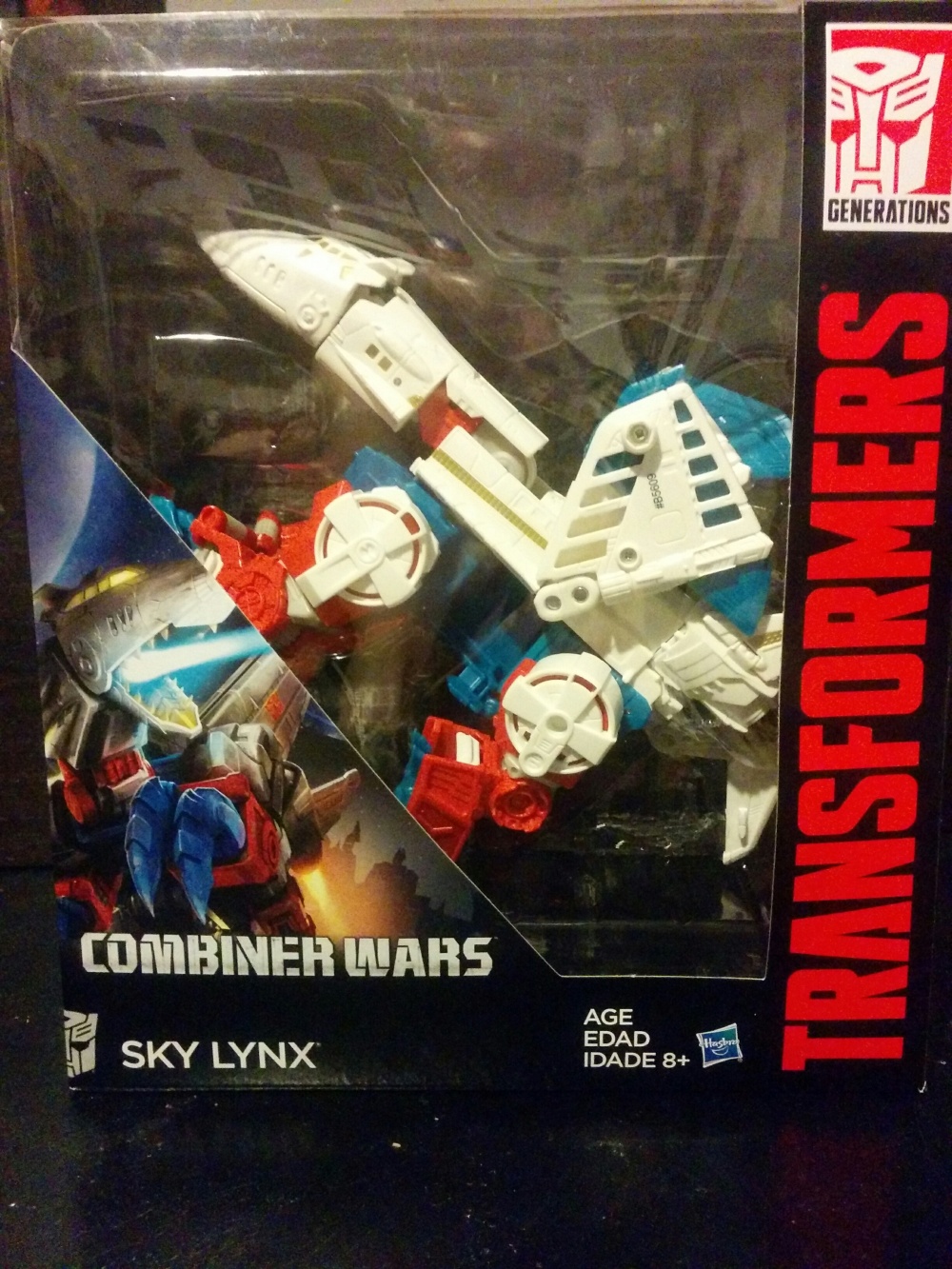 Now I am very pleased with him, I agree with a lot of people that he should be bigger but he would not be able to be a combiner and we will get to that later on, but he is more then passable. His Dino-Bird mode is nice, no complaints there…. well maybe just one little one that his back feet are too weak to support his weight and he kind crouches. 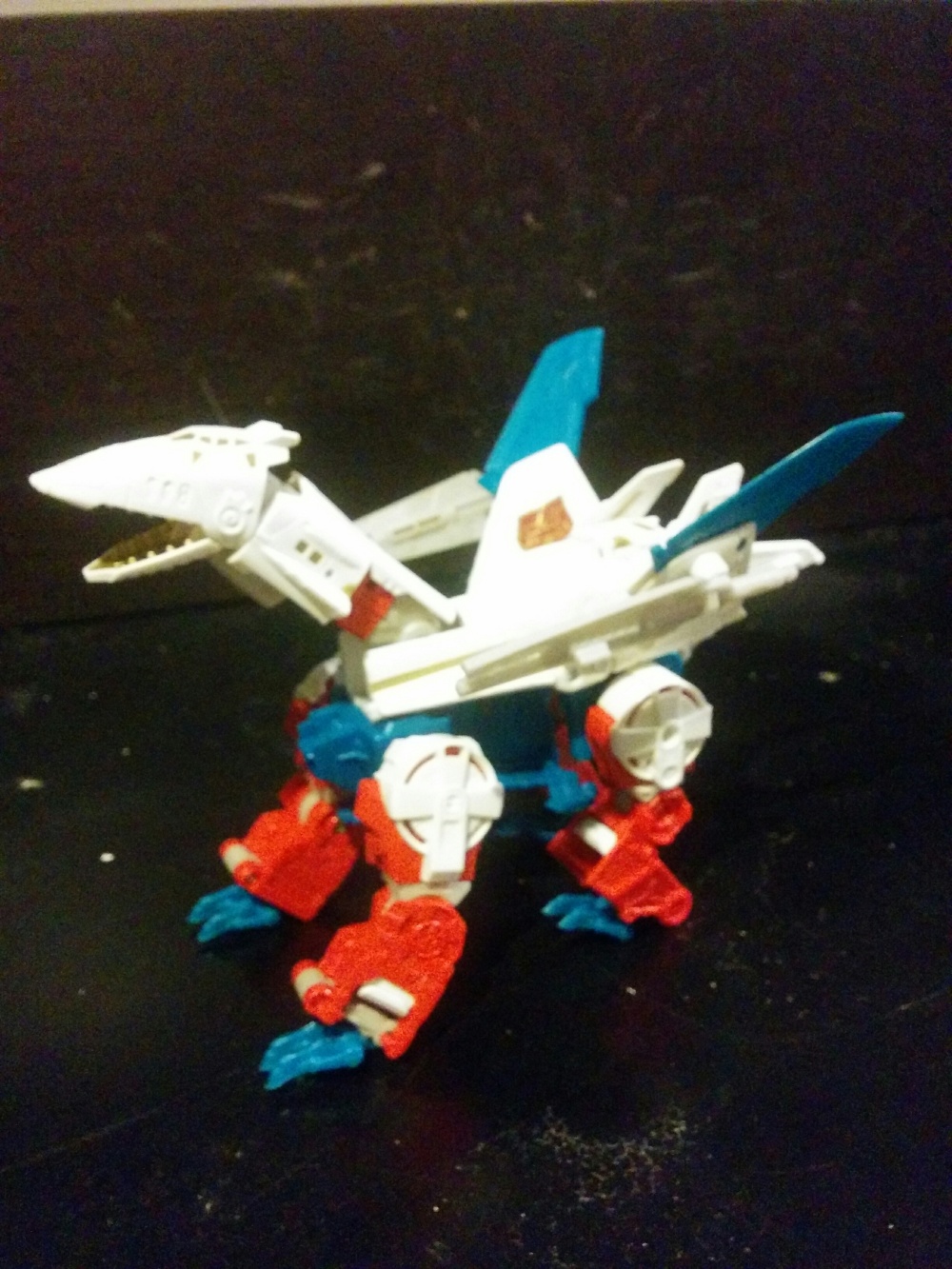 His Space Shuttle is nice but the only complaint is that he can not separate from the launch deck. 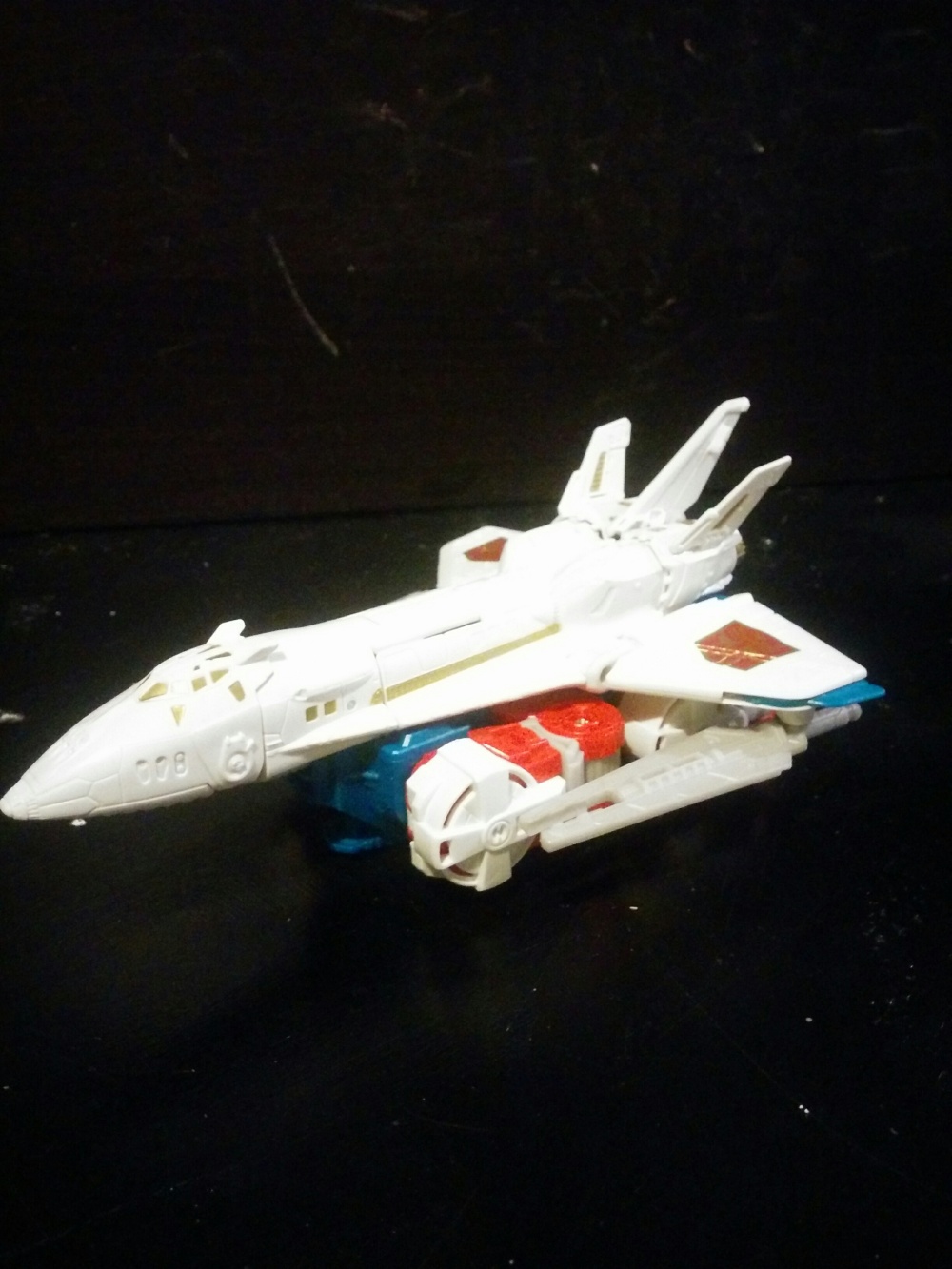 Another minor complaint is his two back fins are posed backward but I did not like this look. 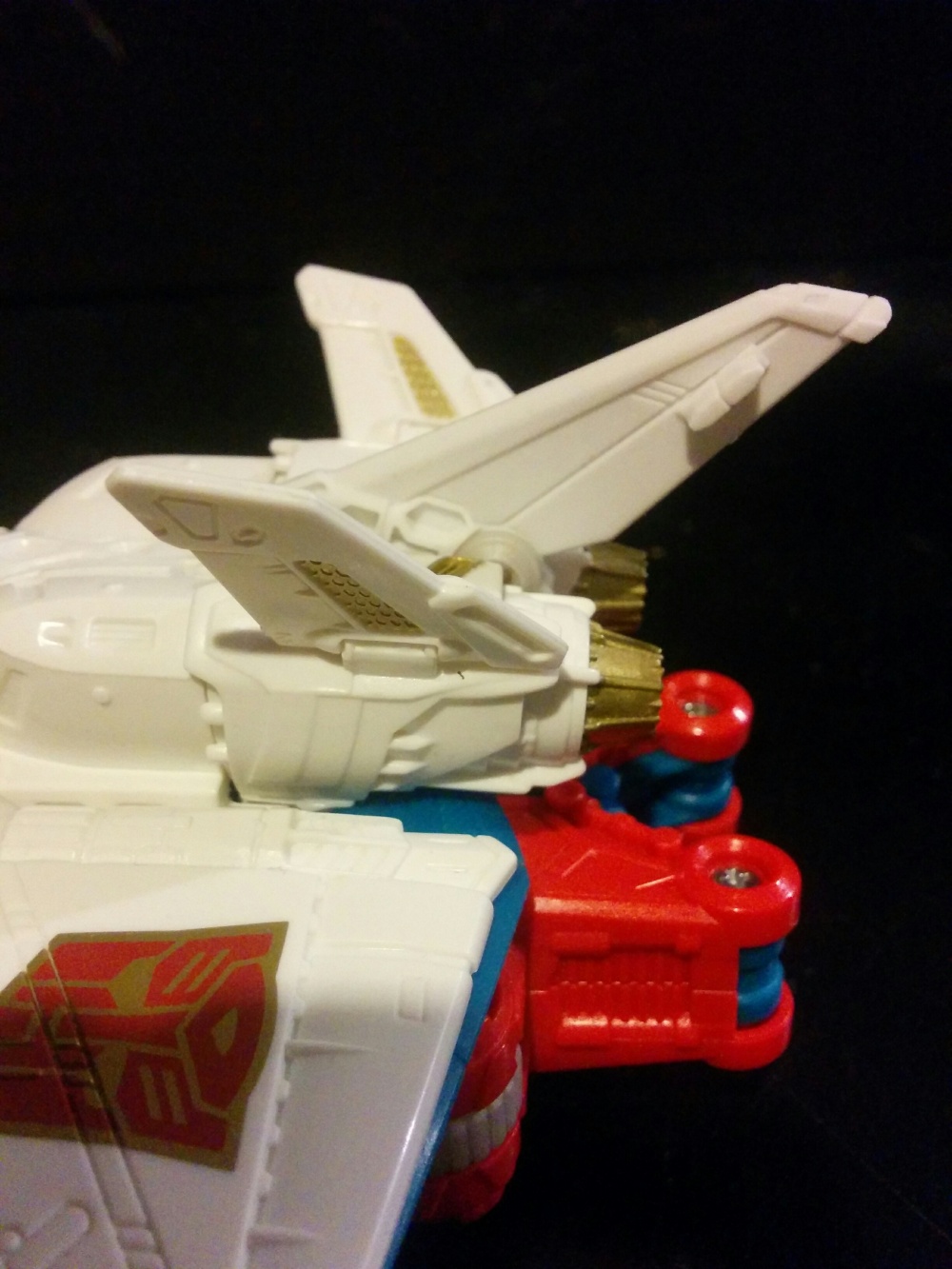 So I switched them easily, they just pop off and are meant to do this so they do not break off. 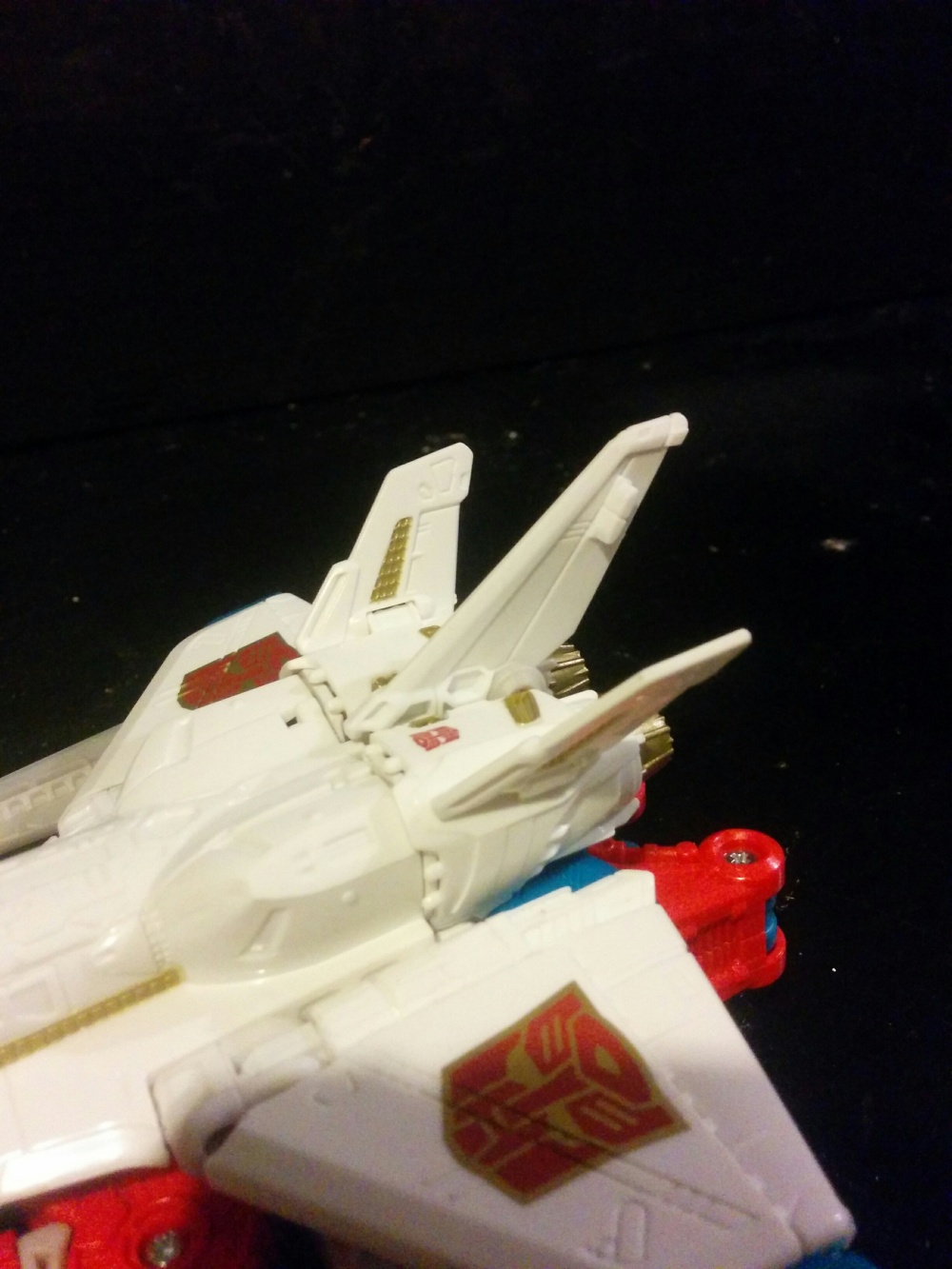 He does have an improvised Linx mode that a fan posted on the internet, So I decided to try it, I like it but it is a bit back heavy 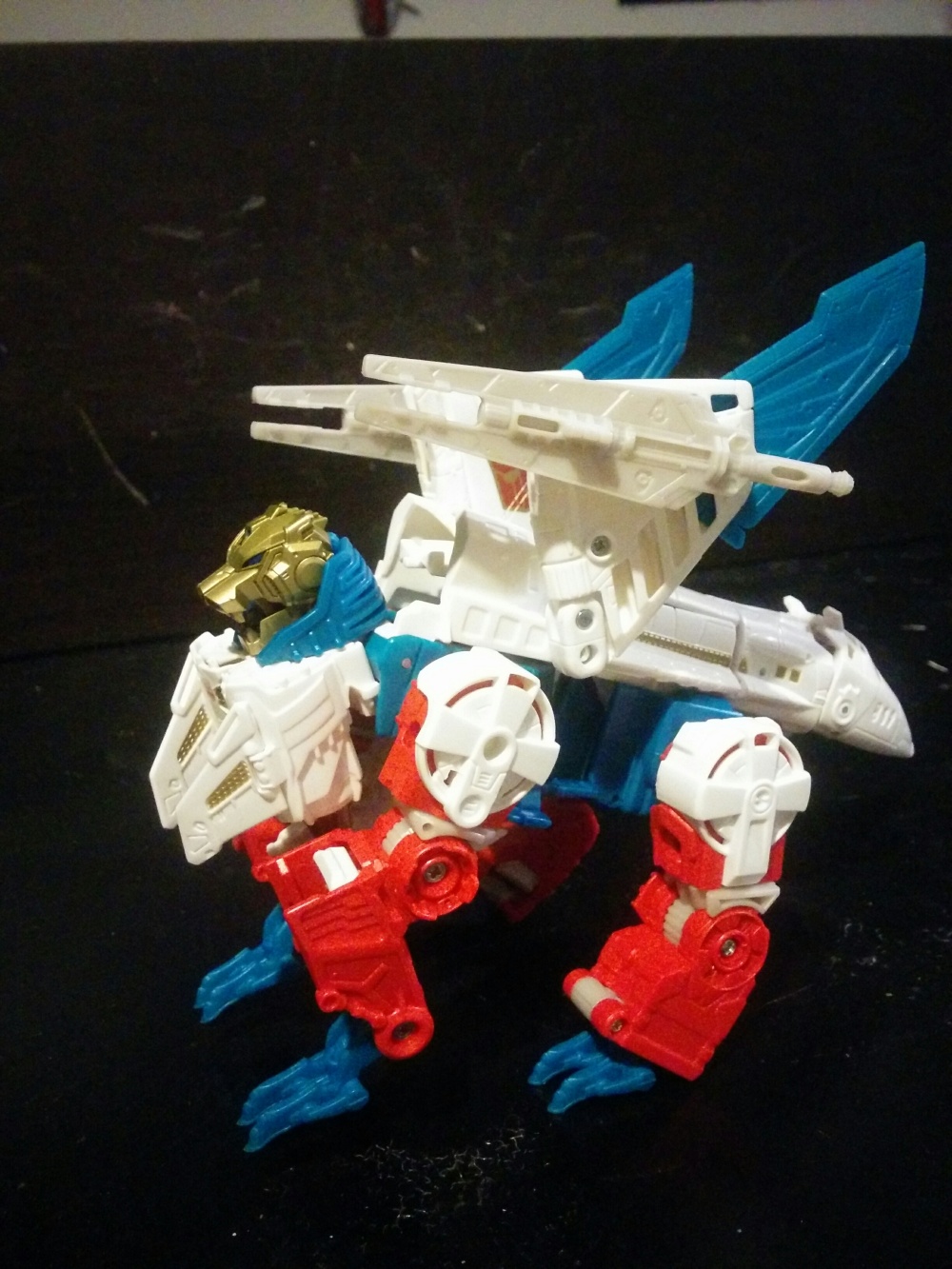 so he is suppose to have a pre-designed Combiner mode with the help of his team mates Hound, Smokescreen, Trailbreaker, Wheeljack … but I do not own all these, I just swiped a photo off of the net for you to see 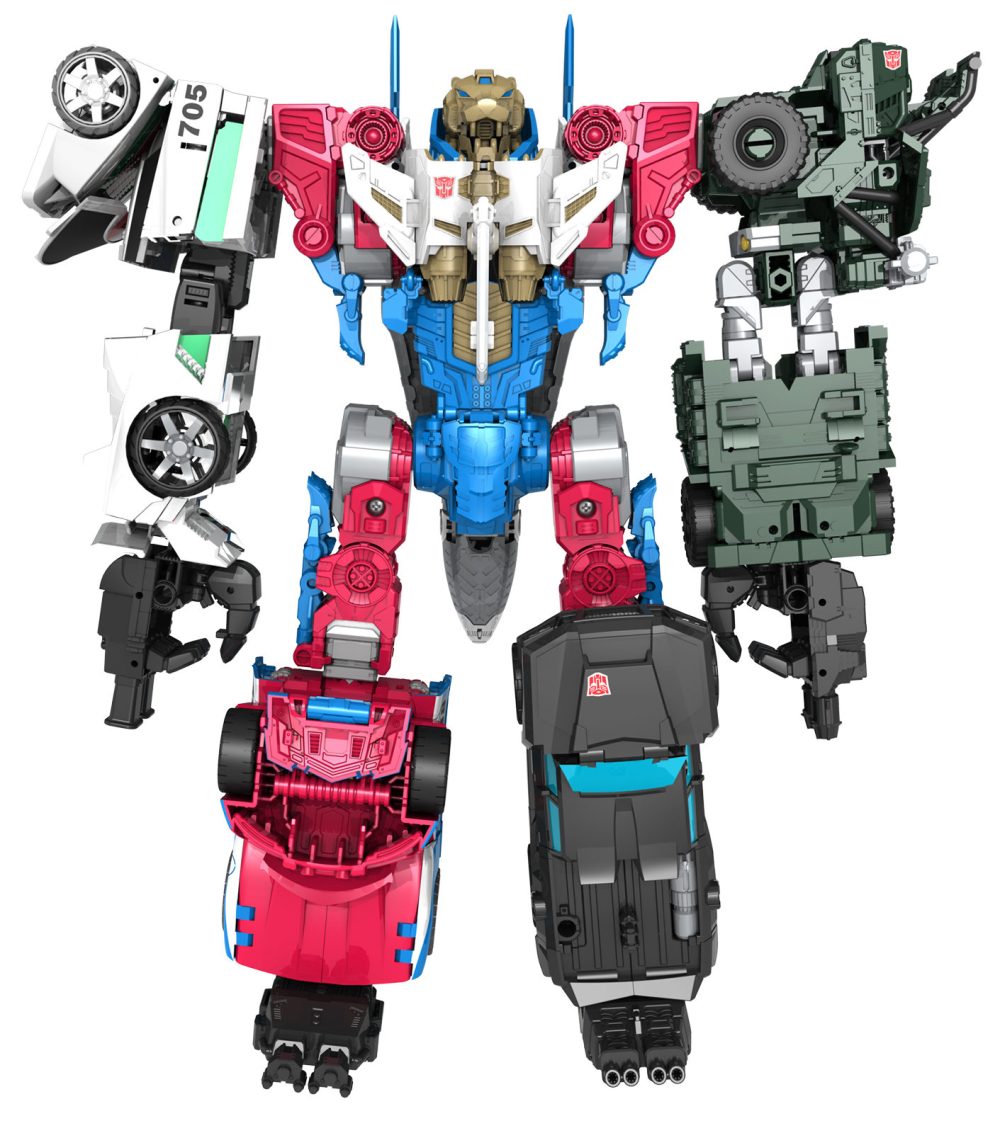 What I do have available is Mirage, Sunsreaker, Wheeljack and Alpha Bravo 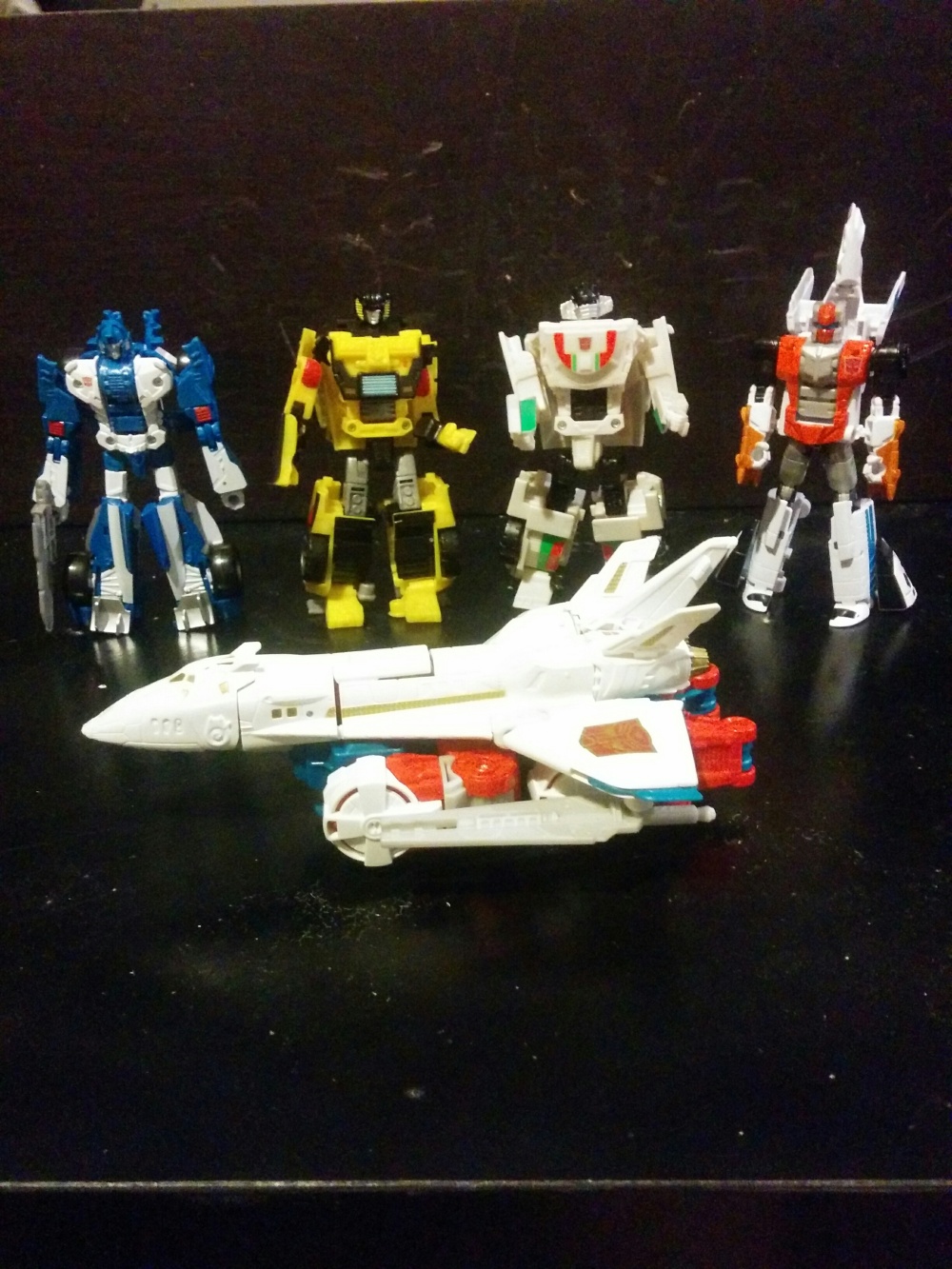 and they combine quite well I think 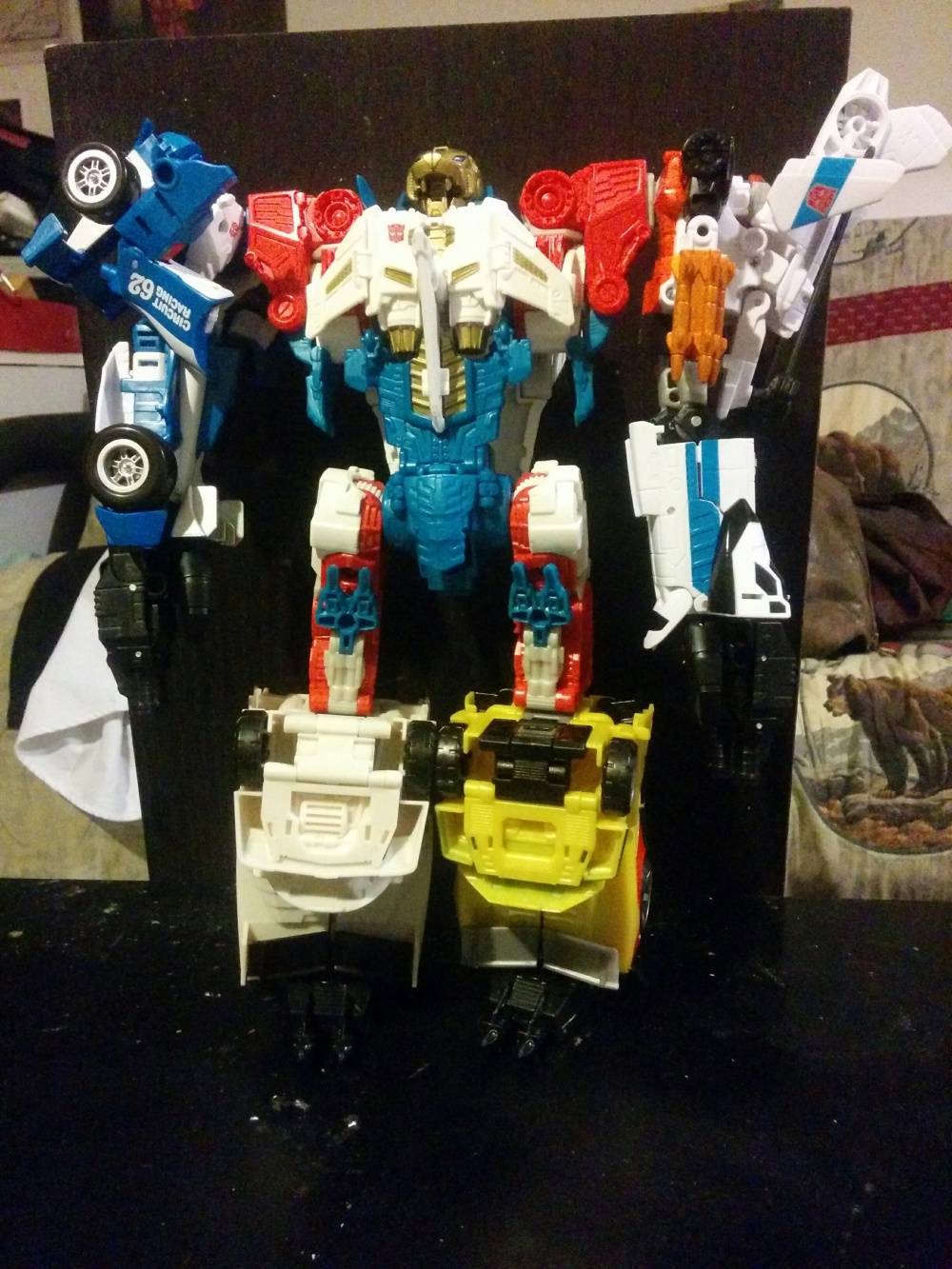 He has two side weapons that either peg into his hands or under his wings or his tabs can attach to his tail. 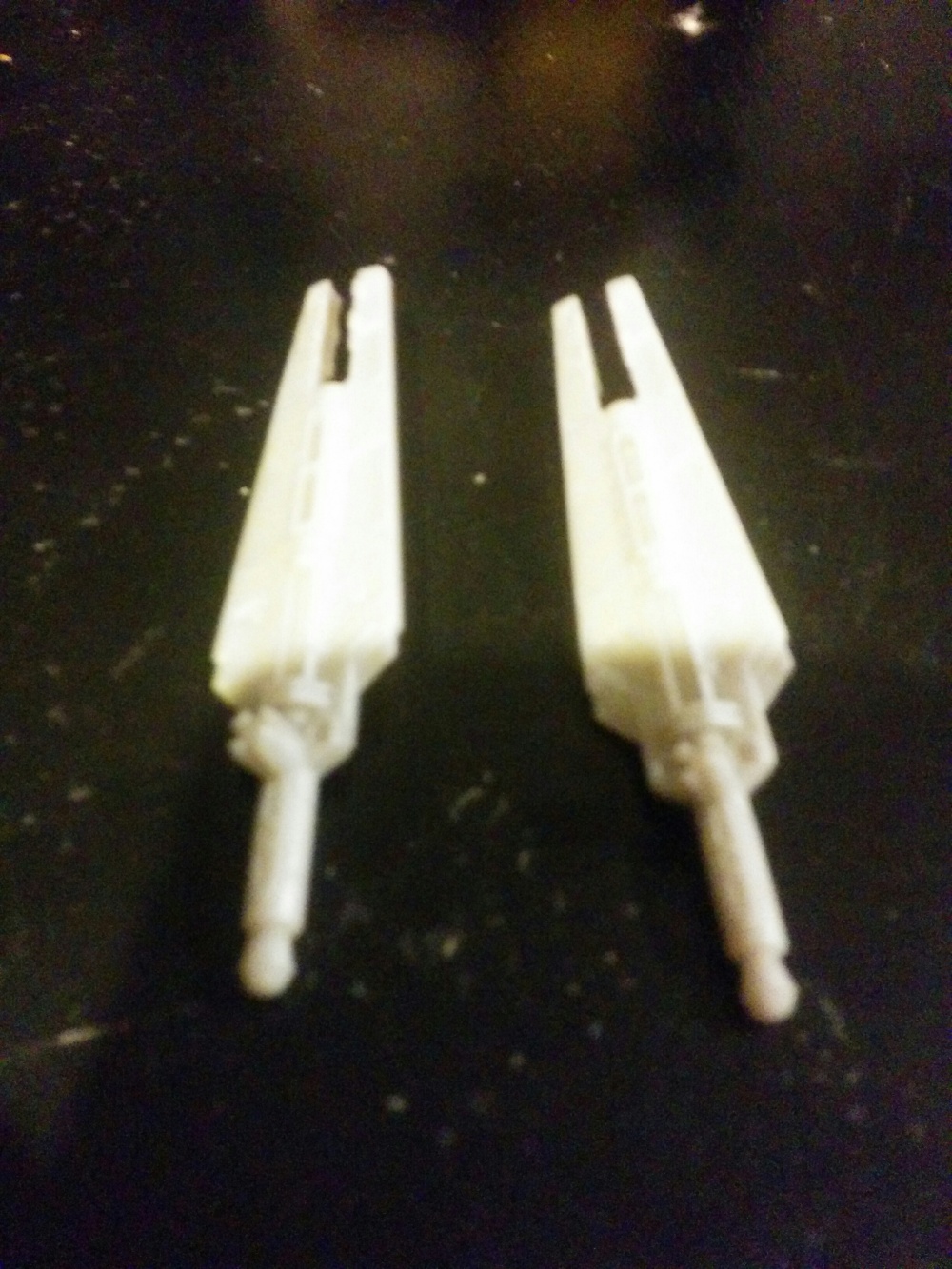 They can attach together as one big weapon 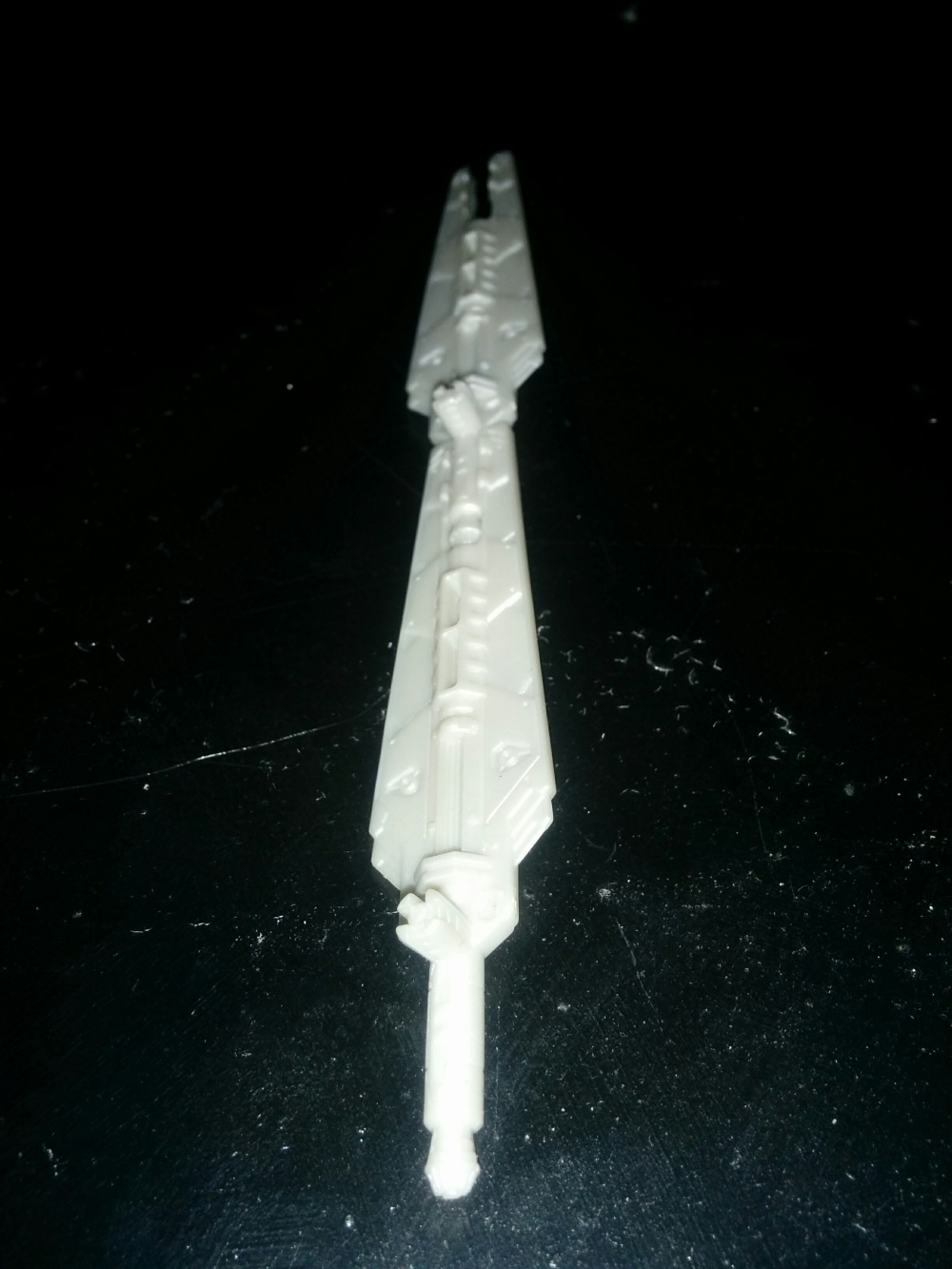 You can also attach a weapon like Mirage’s sword to the end to make an even longer weapon. 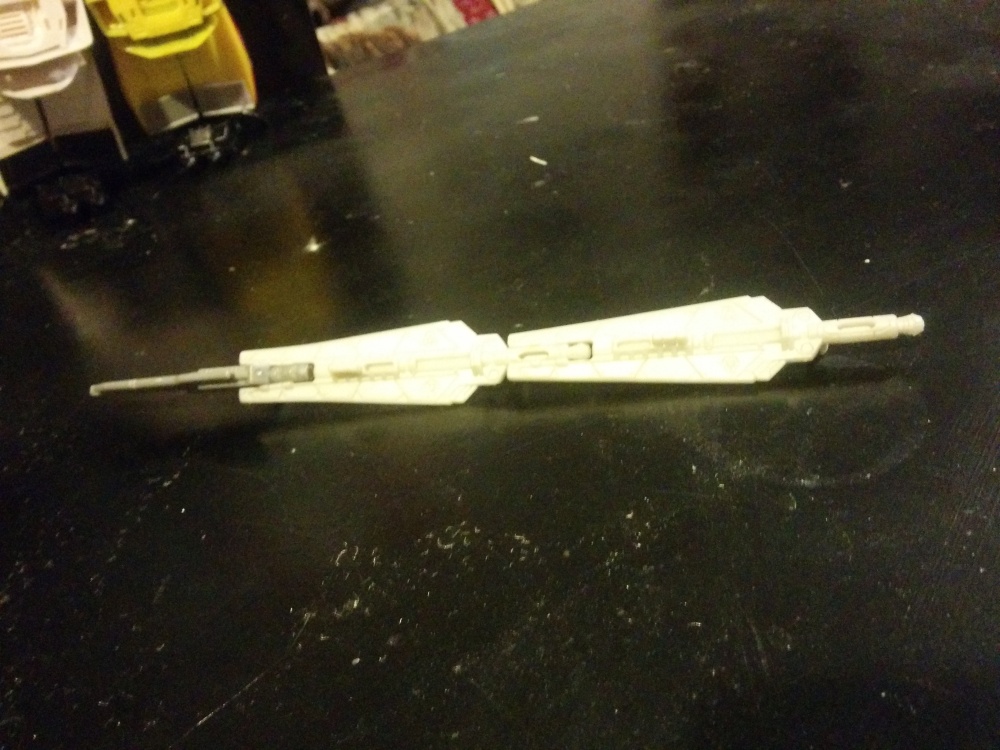 Well I would like to show you a comparison but I cannot do so at this point but I will see what I can do for a future installment since I know someone who has a G1 version and I will try to talk him into doing a photo shoot.

EDIT: I talked my friend into doing a photo shoot comparison of the G1 version and this one, to see it go HERE

Anyways this is the end and I hope you enjoyed it.