Hello there, I know it has been a log while since I did an entry but thank you all for sticking through with me, I was given a few comics for Christmas so while putting them away in the crate I decided to do an entry on all the comics I own.

Marvel – 1984 – Generation 1 – #1-#4 in a four issue series: This was the first time Transformers were featured in a comic. Most people do not realize this series was one point on a two point marketing scheme to sell toys. The other point is the cartoon. The 3rd issue showed that the Black suited Spiderman is in the same universe 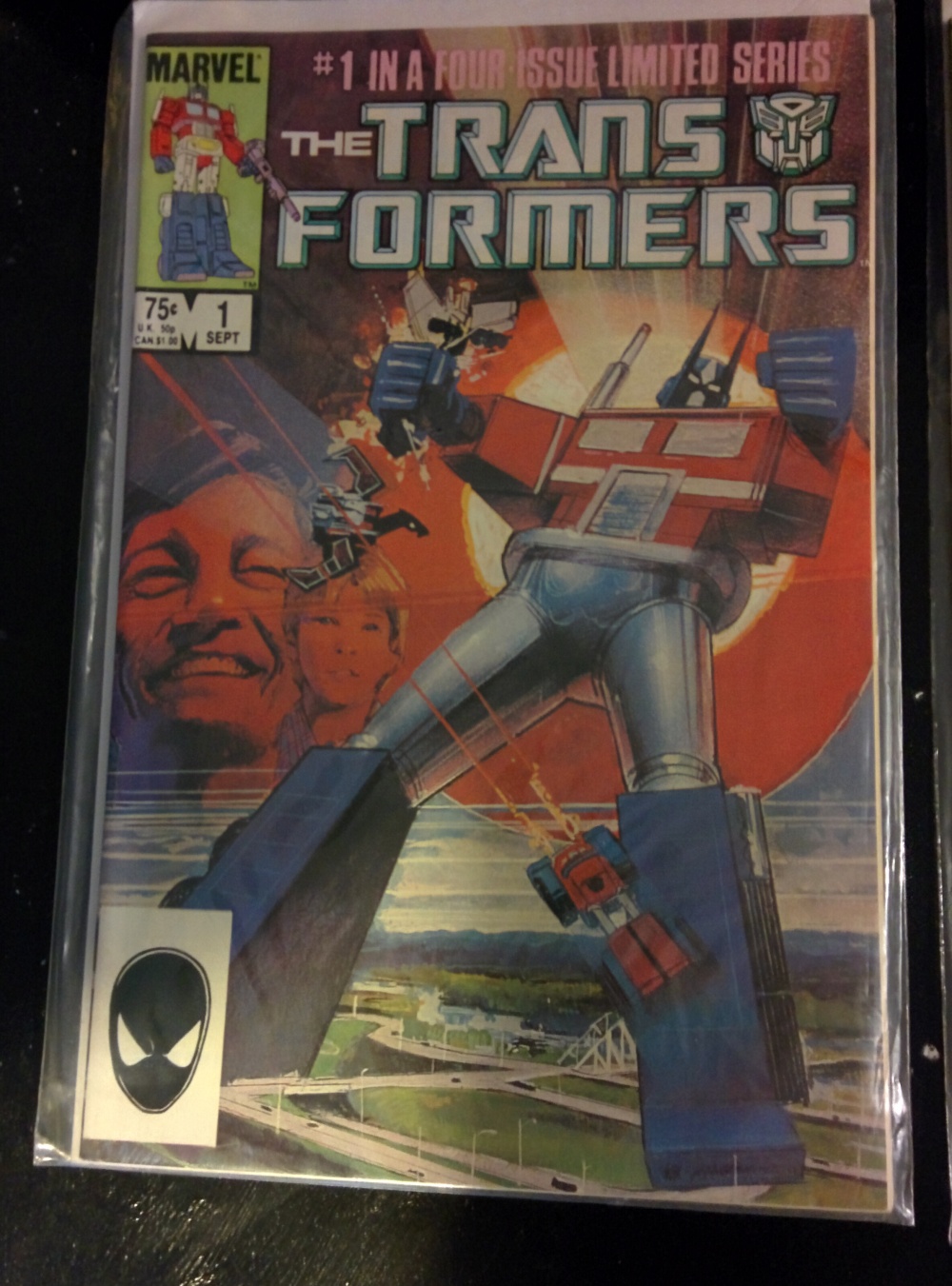 Marvel – 1985 – Generation 1 – #5: The comic was very successful so Marvel went forward past the limited 4 issue set with number 5 and this cover is very popular for it’s dynamic pose of Shockwave. (sorry for it being so dark) 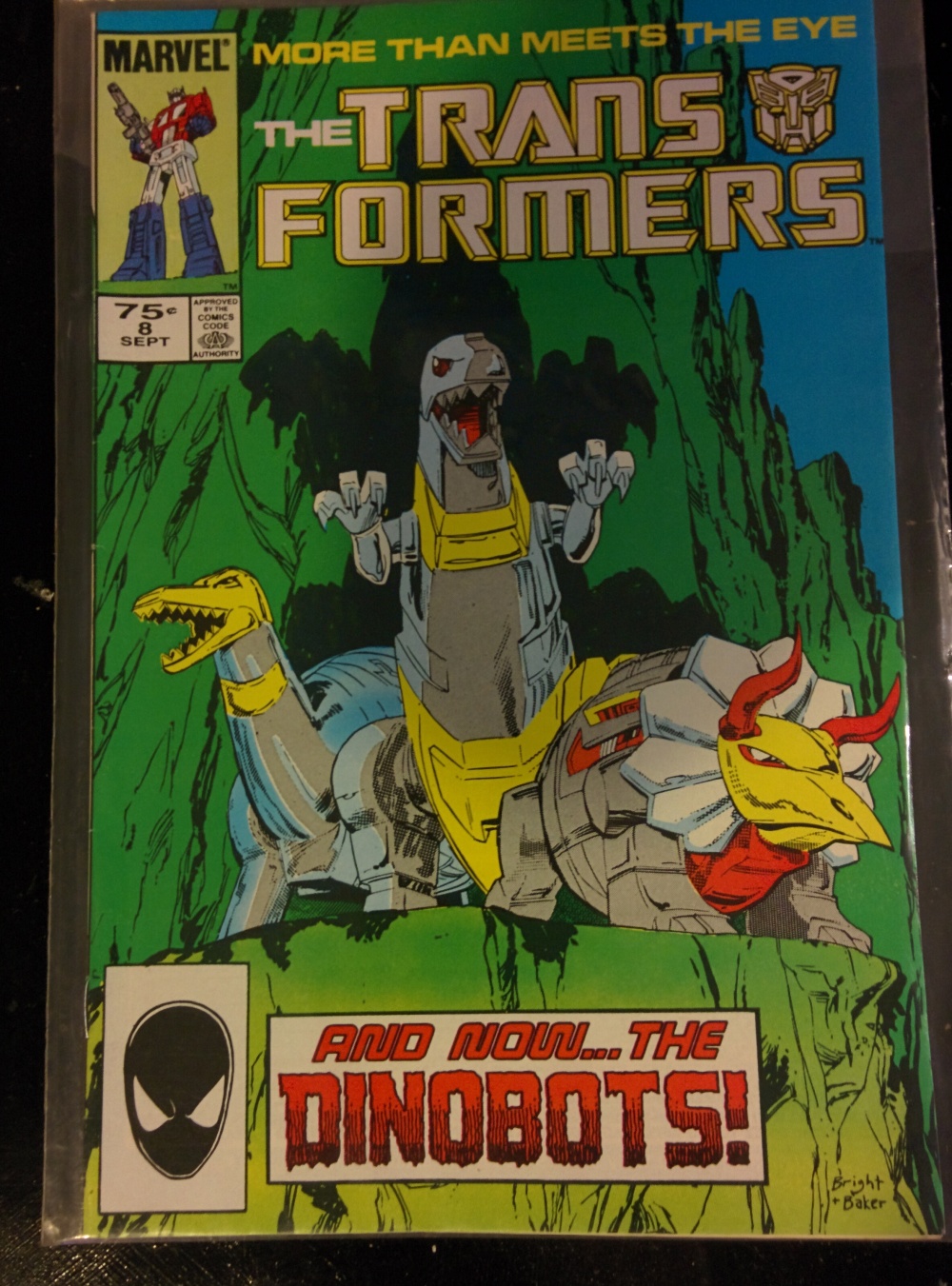 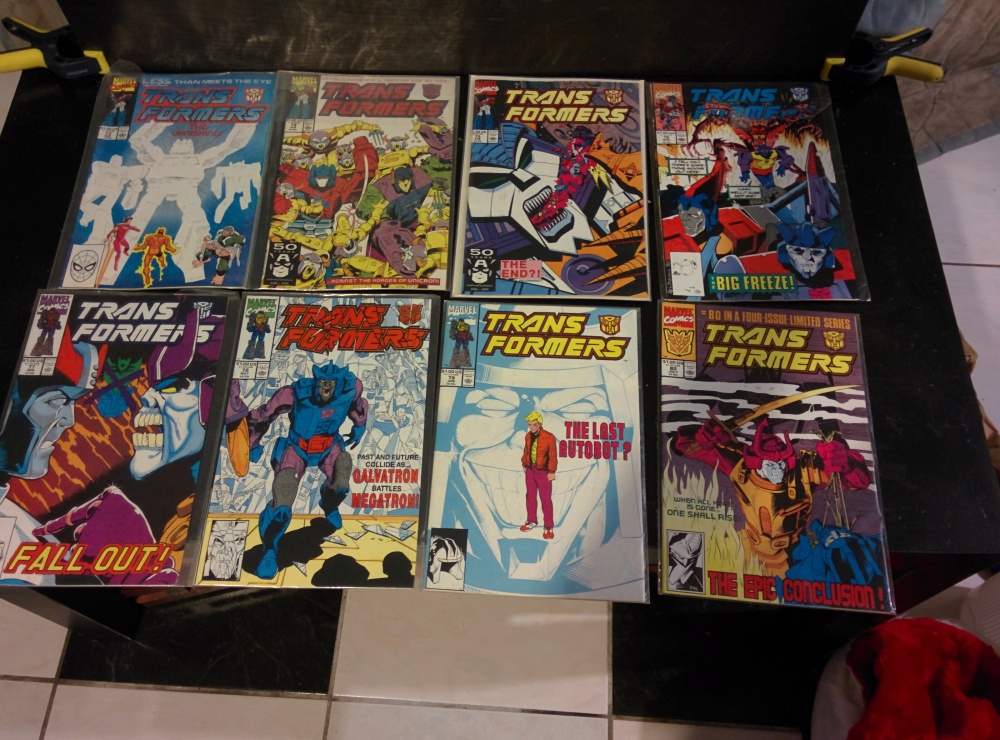 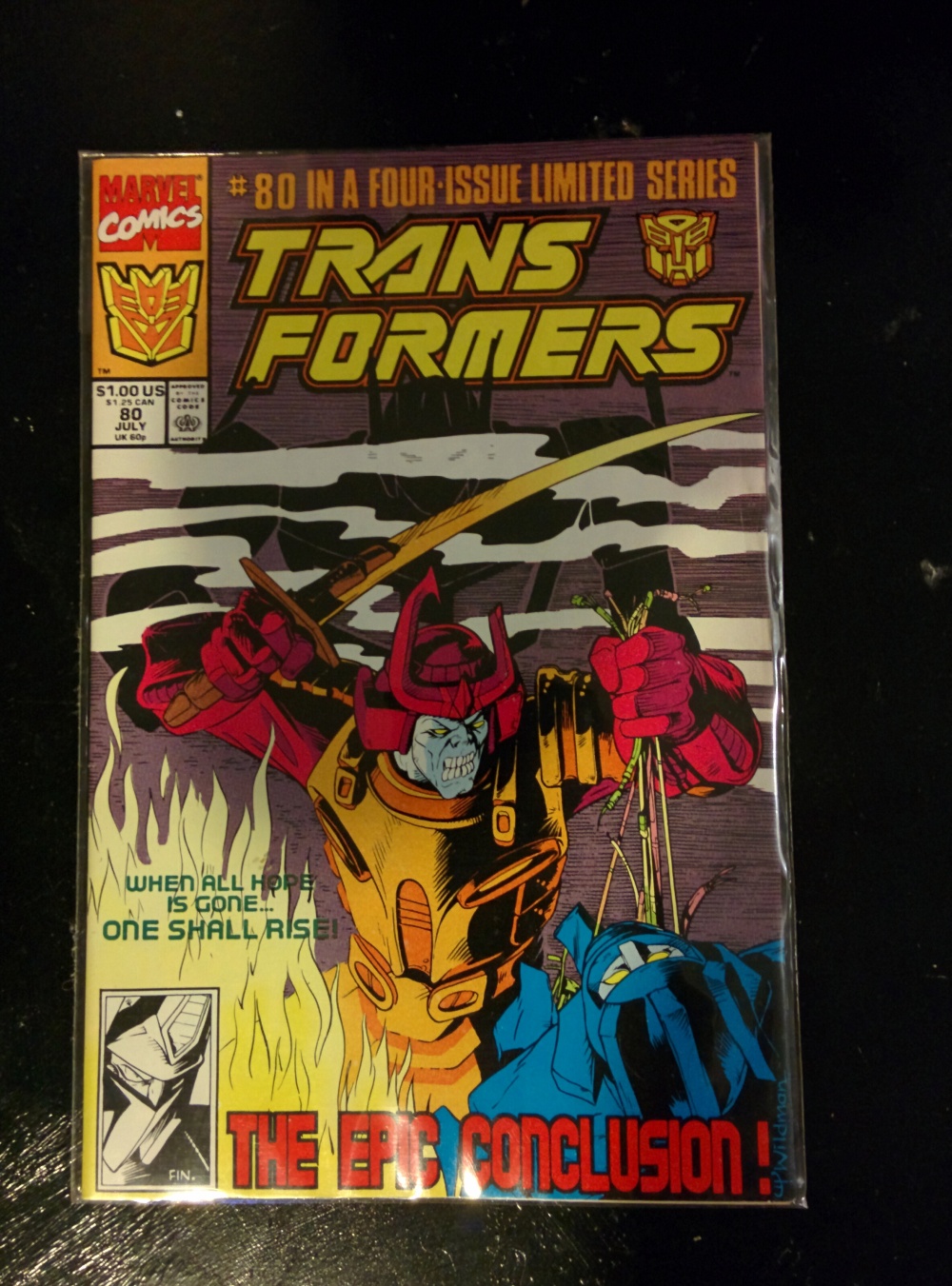 Marvel – 1993 – Generation 2 – #1: To go along with a new line of toys the comic was also poorly received leaving the title Generation 2 a sour part of the transformers past, the toys were mostly repaints with some new unremarkable additions. 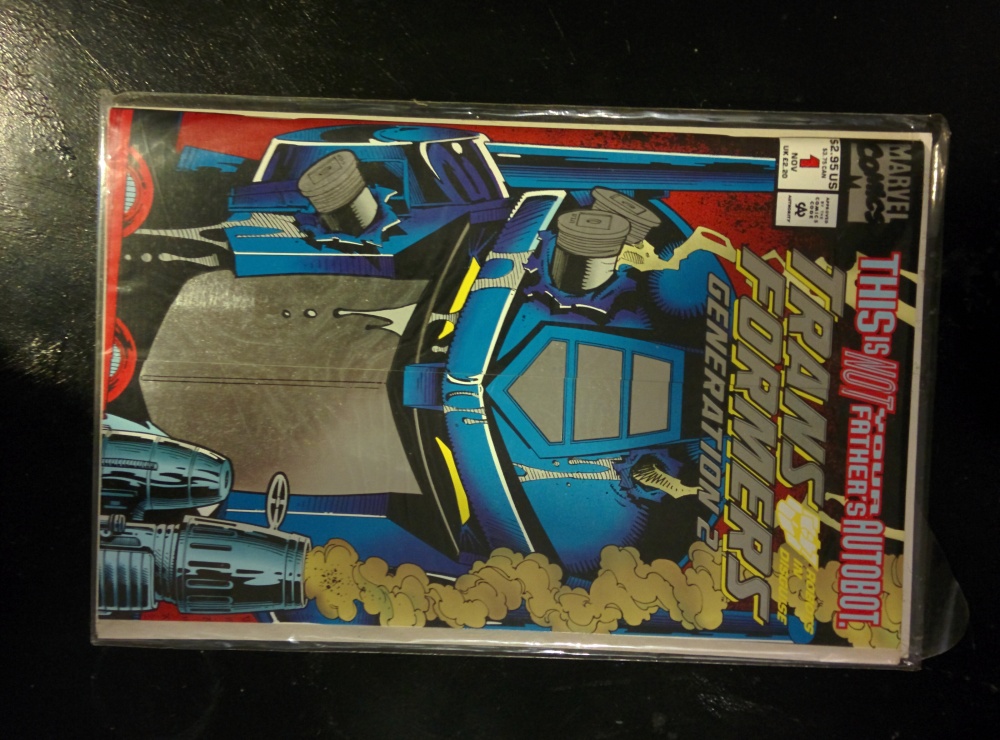 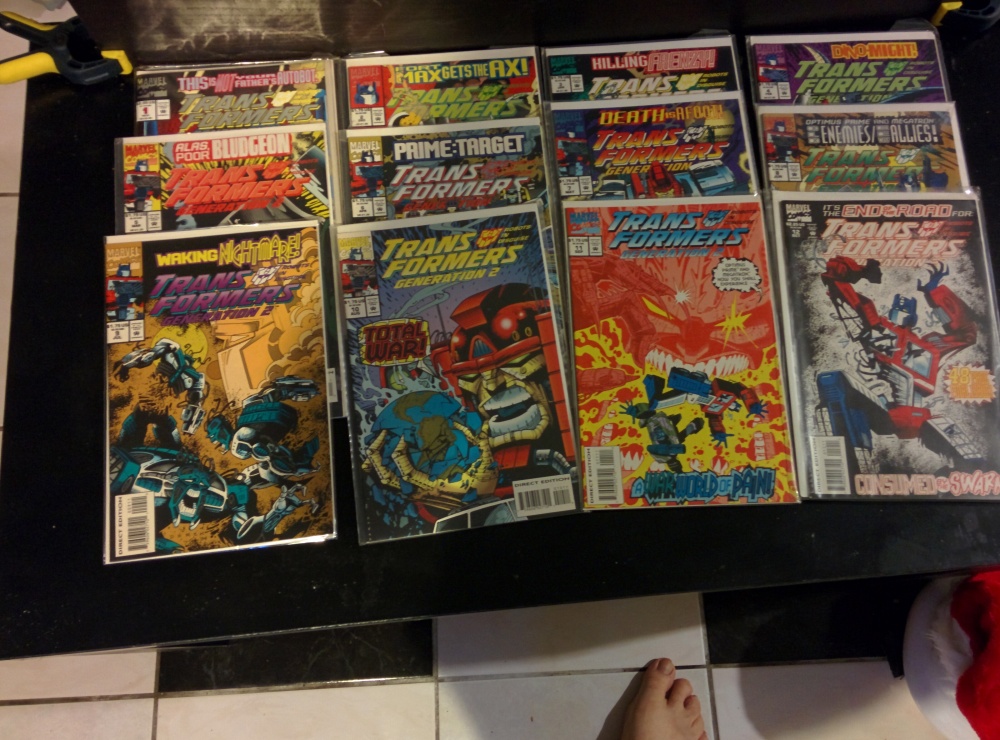 Marvel – 1986 – Transformers the Movie – #1-3: The comic book adaption of the movie in a 3 part series. The movie is outside of the Generation 1 timeline.

Marvel – 1986 – Transformers Universe – #1-4: This series showed comic bios of all the transformers in G1 up to that point in a 4part series. 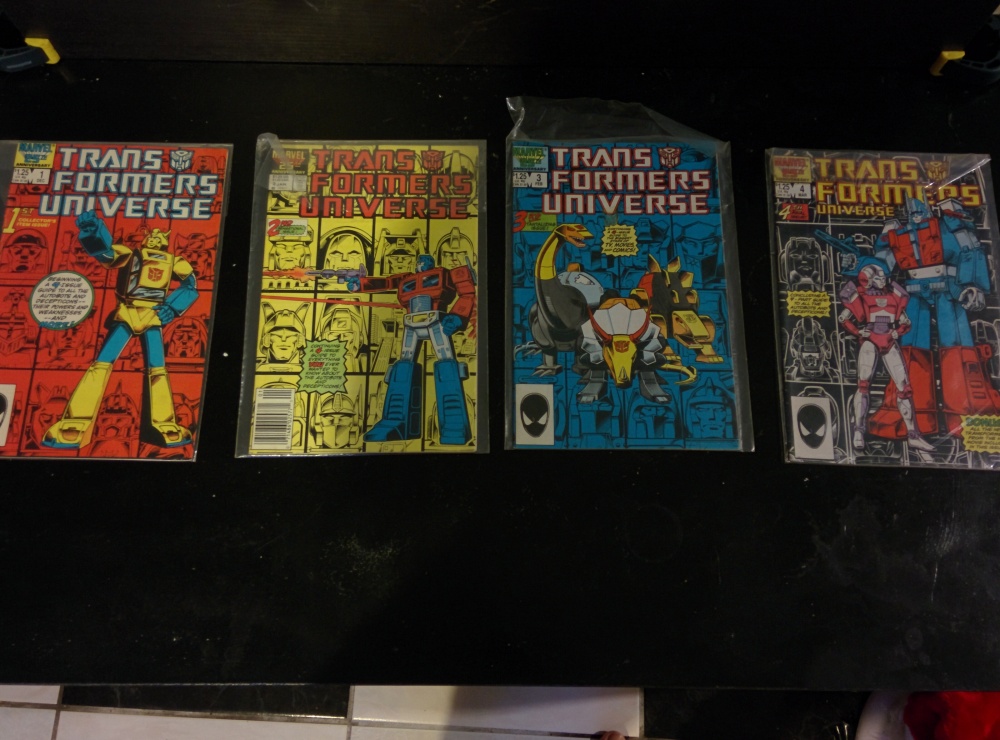 Blackthorne – 1987/88 – How to draw Transformers: A great series of four comics on how to draw the characters, sadly I am missing #1

Dreamwave took over the license in 2001, I have very few and these were gifts except one of the three in the lower right corner which are convention exclusives

IDW obtained the license in 2005 and I few in love with this series Hearts of Steel, it is a what if? story that follows the transformers if they woke up in the 19th century where alt modes are modeled after steam engines and other period correct or could be period correct because it was needed such as by biplanes .

IDW also did a prequel to the live action film 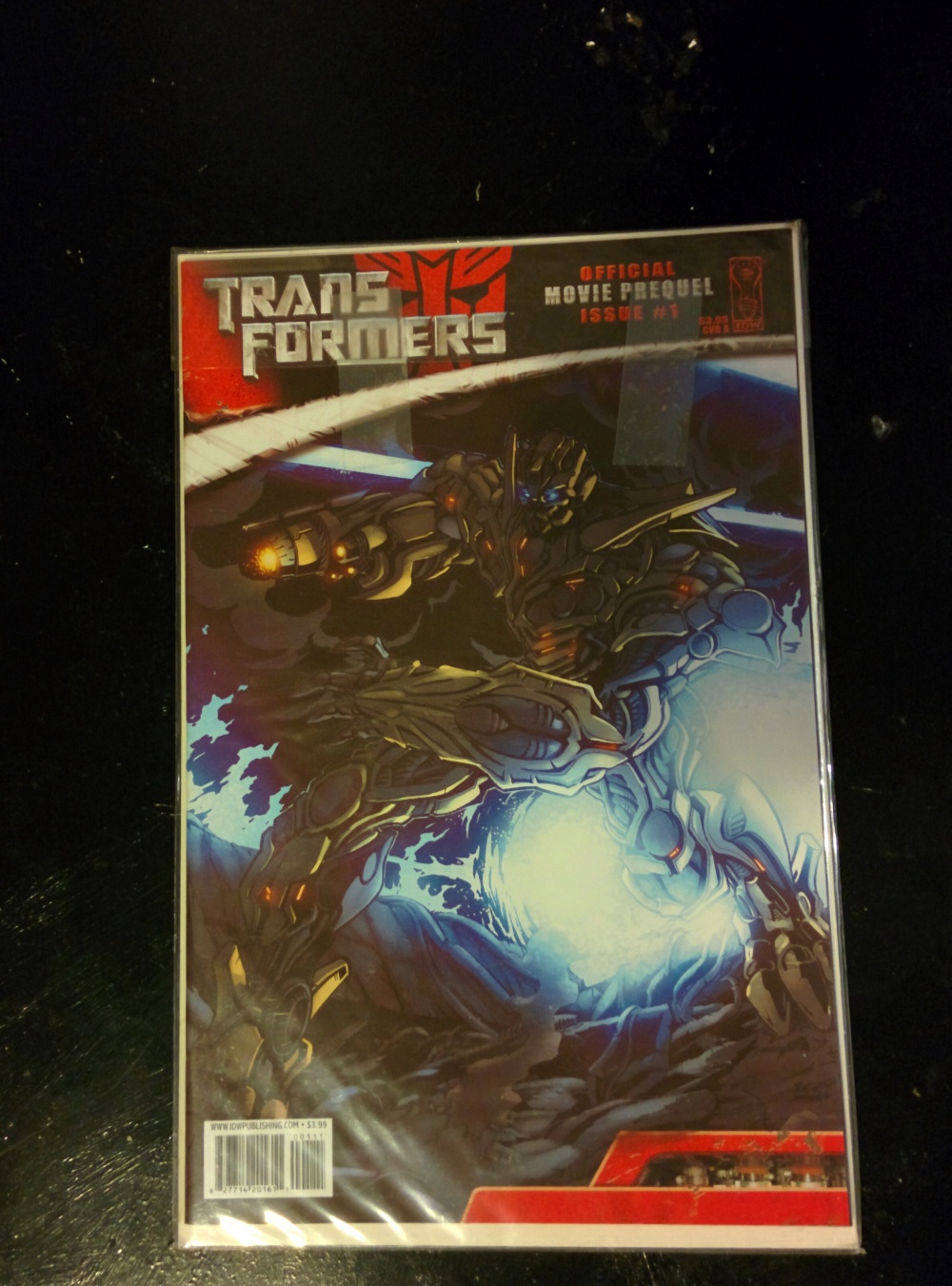 IDW also restarted the Generation 1 line named Regeneration 1 from #81 to 1000 plus #80.5 that was a free comic book day giveaway and #0 that came out between #94 and 95, the same crew came back to finish off the original series, ignoring G2 and other G1 sources.

Various IDW pack in comics available with the toys featured in them.

Well that is about it, I hope you enjoyed this entry and I will try to update soon, life is a different these days and access to my computer is now limited to the waking hours at home, so I will do the bet I can.