A sure fire hit with kids are race cars and let’s face it Formula 1 race cars fill that bill and look cool, so why not incorporate this into a Transformer, that is what Takara thought and thankfully Hasbro thought that to, so that brings us to our next entry Mirage, as most of the car robots of the line he comes from Takara’s Diaclone line and when he came out he looked so realistic and quite frankly he has lasted the test of time in looks, but due to a fragile point he is prone to snapping at the waist. We will stay away from the non car modes and the non formula one type cars as well. 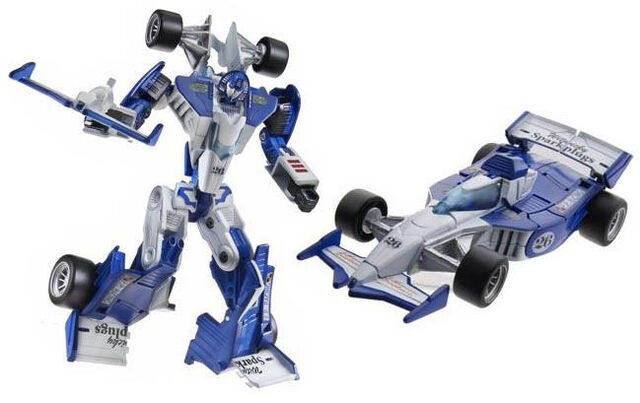 So there you go, thanks again for reading and sticking with me, and see you next time.