Today I thought I would talk about Cliffjumper, he is clearly not as popular as his line mate Bumblebee but he has gotten quite a few toys over the years, quite often repaints and retools of BB.

1984 – Hasbro – Mini-Vehicle Class – G1 Cliffjumper: A strict re-release of the Takara Toy but with a switch of stickers saw the computer button pad replaced with an Autobot symbol. He was released in Red and Yellow but only the former is recognized as a true Cliff by fans 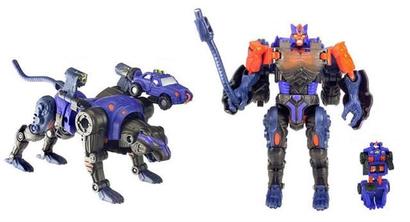 2012 – Hasbro – Legends Class – Generations thrilling 30 Cliffjumper: Another repaint of Bumblebee that transforms into an unknown type of car in Red, he comes with comes with mini-con partner Suppressor, (a redeco of Autobot Roller)

Well that is it, this entry is over but whenever Bumblebee gets a new release you might find a Cliffjumper springing out as well, anyways take care and see you next time