Welcome back and now let us carry on with BOTCON EXCLUSIVES:

2) Attendee-Only Bonus Toy – Unit 2/(Tigatron), a redeco of the Cheetor exclusive toy with tiger-stripe seat covers, was provided as a bonus to those who picked up their ‘Primus Package’ box set in person.

2) Attendee-Only Bonus Toy – Mirage, an unpainted translucent Blue plastic version of Classics Mirage as a bonus to those who picked up their ‘Primus Package’ in person.

2) Attendee-Only Bonus Toy – Ricochet: a redeco of Shattered Glass Autobot Jazz, only for those who picked up their ‘Primus Package’ set in person. 5) At-Show Souvenir Toy 6-pack: Blurr, a retool of Armada Blurr, Sideswipe with Whisper, a redeco of Armada Wheeljack with Wind Sheer respectively and Rampage, a redeco of Classics Snarl. (With the version of Wheeljack, this version of Sideswipe has also switched sides and slashed out his symbol) 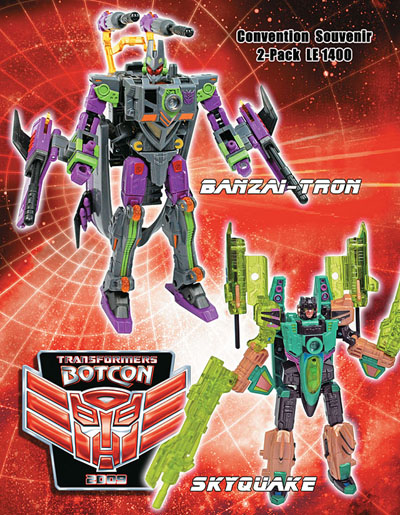 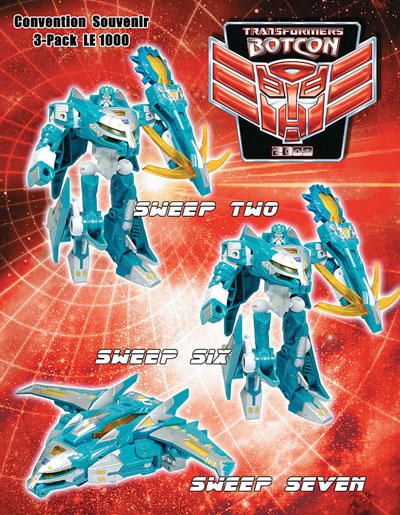 6) At-Show Souvenir Toys 2-pack 2: Elita-1 and Razorclaw, a redeco of Cybertron Thunderblast and a retool of Cybertron Leobreaker respectively.