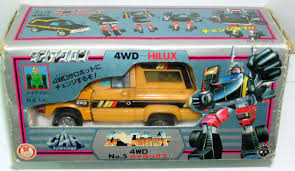 I have loved transformers since 1984, I initially had three transformers that I bought plus an Optimus Prime that someone left on my lawn, you leave it there over night, it is mine... I got into the comics from the start and have all the originals that I bought second hand though, I got into collecting round 2005 or so and in 2015 I started researching Transformers for myself and then decided to write a blog to get it out of my head, I am in shock that it has gone over this well and thank you for reading
Loading Comments...
Comment
×
%d bloggers like this: