welcome back as I attempt to finish highlighting this sub-line in a second installment dealing with year 2 (1989) of pretenders and beyond a bit.

HASBRO Small Pretenders: Similar to the Large Pretenders but are scaled down they also use parts from their shells to complete the transformations like the vehicle pretenders. (There were six with three to a faction like the first and second wave of large pretenders). 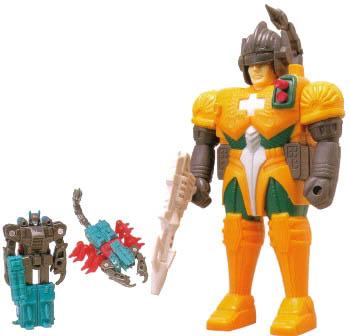 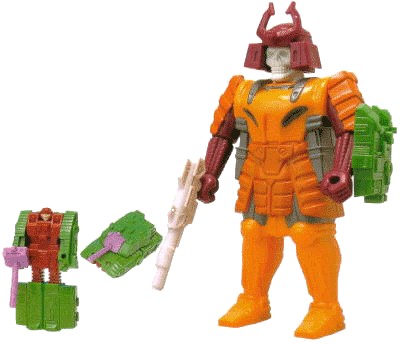 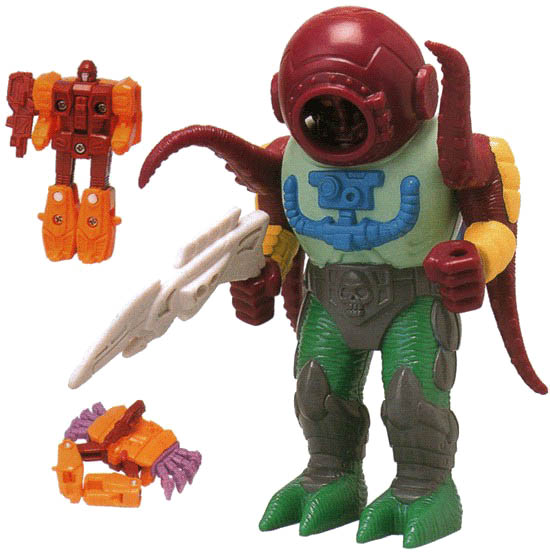 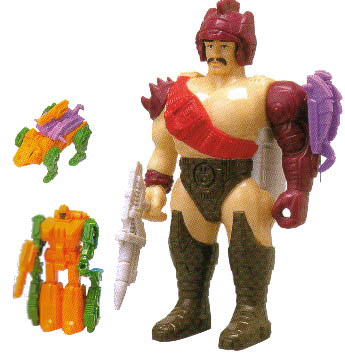 Hasbro – Classic Pretenders: This was Hasbro’s first attempt to recreate previous transformers. (there were three for the Autobots and one for the Decepticons):

HASBRO – Mega Pretenders: Much larger in scale these also featured two new gimmicks, both robot and shell could transform and both could combine together into one large toy form. (Two Autobots and one Decepticon in this group):

HASBRO – Ultra Pretenders: These had two pretender shells, a large vehicle shell and an inner humanoid shell that can transform into a vehicle for the inner robot to pilot. (one Autobot and one Decepticon in this group):

HASBRO Pretender Monsters: there was six of them, each with a basic soft plastic shell in a form of a made up monster and the inner robots could combine to make Monstructor (the last combiner of the era and the only one to not come in a gift set)

TAKARA Crossformers: These were repaint and retooled reuses of the Mega Pretenders

TAKARA Victory Dinoforce: The inner robot modes share the same molds as the pretender monsters but with dinosaur inspired shells, like the monsters they combine to form the same combiner but in different colors and is called Dinoking but in no way do they look dinosaur like:

After 1989 Pretenders were retired, and did not see the light of day until the live action movie Revenge of the Fallen in 2009 and they introduced a character named Alice and she looked human but had a robotic from hidden under the flesh. The back story explains she scanned a very human looking animatronic Alice in Wonderland puppet so she could pass as human, She also states she is from Orlando that is home to Disney World. She was never named in the film as being a pretender and did not get a toy.

Pretenders faded away once again until a few days ago as part of Cybertron’s Most Wanted BotCon 2015 box set The double Pretender Oilmaster was unveiled. Double Pretenders were a concept that only showed up in 1989 as half created shells and were unreleased when the line stopped. The premise was that the shell could fit two robots. They only created two different shells, One a bipedal spider like creature and an ape in armor. In 2015 they created a whole new sculpt for the ape warrior in brown with grey armor and named him Oilmaster. His inner robots are a repaint of Autobot Legend Swerve in purple and silver and his weapon master partner Flanker in red.

What will the future hold for this line, I am not sure but hopefully we will see more. thank you and see you next time.

One thought on “Rise of the Pretenders part two”