After writing Cheetor and Ravage and how they shared toys I figured why not write about the third member of this little club and that is none other then Tigatron. This should prove to be one of my smallest entries since both of the other cats had a lot to write about.

In the beast wars cartoon of 1996 Tigatron‘s status pod was the first to touch down and in an area called the “frozen north” of Prehistoric Earth. His identity circuits were heavily damaged and he was unable to remember friend from foe, He stayed in beast mode and patiently watched the Predacon and Maximal forces duke it out over his empty stasis pod. He finally realized he was a Maximal when Megatron threatened him and the white tiger he had scanned. Transforming, he quickly dispatched the Predacons but chose to stay in the wild and not return to the Maximal base. He would send the maximals weekly updates and even join in on the odd mission when needed. He soon formed a serious relationship with the female bird Maximal by the name of Airazer. The two were abducted by the alien entity the Vok, who removed their sparks and merged their bodies in one of the most powerful transformers in the Beast wars. Two members of Vok inhabited the now entitled Tigerhawk and went to serve justice on all the transformers on prehistoric earth for messing around in time travel and sticking their noses in the Vok‘s experiment called Earth. thanks to Tarantulas who captured the bird-tiger thing and successively removed the alien’s from the being but he was presumed destroyed. Cheetor was able to save the now inert Tigerhawk allowing the merged sparks of Tigatron and Airazer to inhabit the body and truly become Tigerhawk who had memory problems. When Megatron found the Original Megatron‘s ship the Nemesis and prepared it to use it to kill all the Maximals and leave earth but due to the brave actions of Tigerhawk who was killed by the ship’s main guns allowed enough time for Rhinox to crash a shuttle from the Autobot’s ship the Ark and the Nemesis crashed foiling Megatron‘s plans. So now that I explained his back story lets get into the toys: 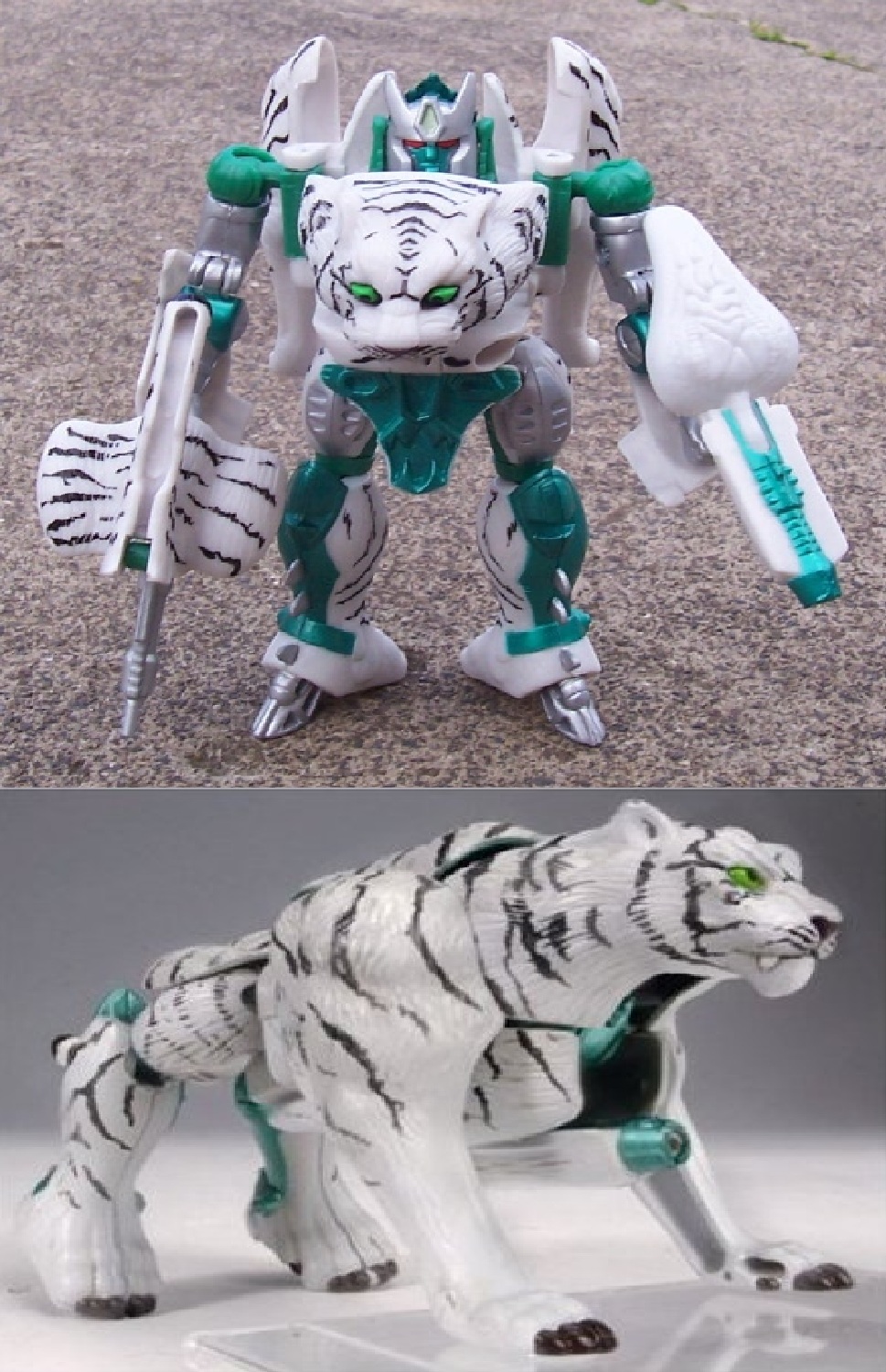 Hasbro – 2006: Deluxe class Unit 2 (Tigatron): is a redeco of Cybertron Clocker using “Axalon Cheetor”‘s new headsculpt, transforms into a Cybertronian race car with a large Maximal emblem on his hood and a tiger striped-pattern deco for his upholstery. He was available only to BotCon 2006 pre-registration guests. He was predominantly Metallic green and white with silver and black detailing. (I presume that Unit 1 was Cheetor)

Well that is it, He was one of only a few transformers with a love life, and then they were merged together then tragically killed off but when ever Hasbro or Takara feels the need to save some money by repainting something, Tigatron gets a new toy when Cheetor and / or Ravage gets one as well.

One thought on “Tracking down Tigatron”