In concept Unicron was one of two largest beings in the multiverse (multiple alternate realities). There has been some different stories about the creation of the Chaos Bringer, the world eater and over time the writers have tried solidify these into one main story, but that old trick never works! So basically one of these goes like this: In the beginning Unicron and his twin brother Primus were created, one good, one bad! Where Primus existed simultaneously in all realities at once, Unicron could only exist in one universe at a time. (So he never really dies, he just goes into another reality, how convenient!) The two would fight and in the conclusion to their current battle the two would find themselves inhabiting giant metallic planetoids. Primus became Cybertron home world of the Transformer race who were created to stop Unicron who not only became a world like his brother but he could transform into a giant robot. Once in his new form he went along destroying worlds until he came in conflict with Primus’s children the Transformers.

The results of the 1986 Animated Movie:

Unicron created Galvatron to be his herald (Yes there are similarities between this and the Silver Surfer & Galactus) out of the dying body of Megatron and then carried on his way to eat Cybertron. Battle ensued and Unicron took a spaceship to the eye, loses his head and everyone can breathe easier.

The results of the Marvel comic series:

This series choose to ignore the movie altogether and the tale of Unicron was shifted a bit. In 1990 a bunch of transformers briefly woke up Primus by going to the core of Cybertron (where the face of Primus sits sleeping), his awakening scream alerted Unicron to his presence and the Eater of Worlds needed a new Herald. Although Megatron was still healthy this did not stop Unicron from choosing Galvatron, he sent three newly remade criminals now known as Hook, Line and Sinker (ugg… what was the writer thinking???) into a future alternate reality where the Decepticons have won and they plucked out the victorious Galvatron. This also did not work out well since Primus woke up again and Transformers from all around were summoned to Cybertron. Unicron blew up when Optimus Prime threw the Creation Matrix into Unicron’s mouth. In the comics the twins were often seen in different sizes as seen in the two pictures below from the same comic.

The results of the UK Marvel comics series:

Pretty similar to the 1986 Animated Movie Unicron lost his head, he crash landed on the planet Junkion where he forced the inhabitants to build him a new body out of the planet. He was defeated by Wreck-Gar, who had planted explosives under the head’s building site while the Chaos-Bringer was distracted and in the end destroyed him completely with the help of Rodimus Prime and the Matrix.

The above are just samples of Unicron across the multiverse. He has also appeared in Dreamwave comics, IDW comics, The Energon cartoon, Cybertron cartoon and comic,

Instead of being lodged in some metallic planetoid somewhere out in the universe, Unicron was locked into our Earth (well not our earth, but you get the point). He once again set out to destroy everything using dirt made avatars and Megatron as well, but in the end Optimus Prime trapped Unicron within an empty Allspark container.

So now we get to the toy line of Unicron:

G1: both Hasbro and Takara were going to release Unicron separately both failed to do so and only the prototypes exist. He would have been the tallest transformer of his time, although he would have been shorter then Fortress Maximus who would come out later.

Supreme class toys: The same mold was used for several toys. This was the standard planet to robot idea, with pegs to hold Mini-Con partners (In total, the toy can hold up to 27 Mini-Cons in planet mode and 30 in robot mode)

In 2008 Hasbro released a similar Supreme class toy with a completely new mold for Primus and it included a Supreme sized Unicron head based on Armada Unicron’s, with half of the face stripped away to reveal a robotic “skull” with tentacles added to the base of the head. 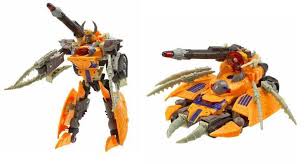 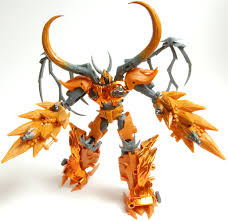 Notable non transformering figure: Although a few non transforming Unicron toys have been created one due out soon seems to be exceptional but time will tell.

Well Unicron may not have been an original Takara Transformer and did not exist until the movie but a couple interesting facts have been uncovered.

Thank you all for tuning in and see on Monday,